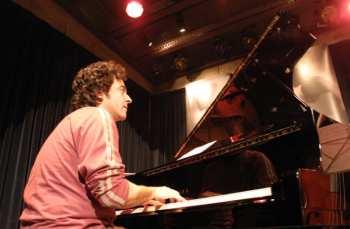 Dani Rambla is one of the most liveness catalan musician. Last year he released his first album as a leader, ‘Para querer’ (Freshsound) and, with his quintet he will be on stage introducing it, on this Festival. The album want to transmit the idea of loving things and people as they are, just as they are, because it’s the most geniuine way to do it, but hard. Rambla said.
Rambla have the uncomparable help from the best catalan scene, with musicians as Raynald Colom and Gorka Benítez ,Xavi Ortiz and Jordi Gardeñas, ensambling a band offering last generation jazz.