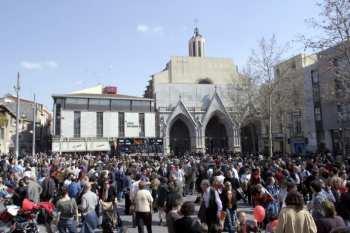 After some changes from the original line up and musical direction, The Marvelous Soul Gang, was born in Terrassa in 2001. Their tribute to Soul and Blues music has such influences as Perci Sledge, Otis Redding, Sam and Dave, Aretha Franklin, Steve Ray Vaughan, B.B. King or Elmore James.
During these two years, The Marvelous Soul Gang have shown their proposal around Catalonia, including Nova Jazz Cava in Terrassa.